Types of Emotions and How They Control Your Actions 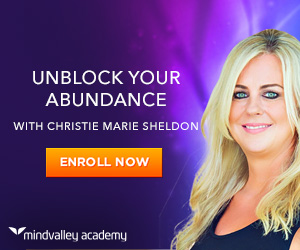 The heart is deceitful above all things,

who can know it?

Have you ever let things build up in you until you found yourself with a colleague with whom you had a long-standing grudge and suddenly blew up right in front of him, for no good reason? Chances are, your colleague muttered, “What’s gotten into him?”

Later, you felt like a fool and shrunk back from further social interactions. You wondered, “What’s wrong with me?  Why can’t I control my own temper?”.​

We may, indeed, wonder about emotions, as did the prophet, Jeremiah. We would like a life filled with flowers and light, but it doesn’t usually always out that way.

You would think the therapists and psychologists have it all down, but even they have greatly differing interpretations and approaches to controlling emotions, and how to appropriately express them.​

Emotions are central to our humanity, every bit as much as our intellect.

One only need think of the classic nerd, such as Sheldon Cooper in the hit TV series, The Big Bang Theory. While Sheldon as a character is most amusing to us for being totally blocked from his emotions and insisting on being totally intellectual in every context, guys like him are total bores in actual life and social pariahs.

We want to be with real people who feel, just like us.

No wonder the confusion!

When we refer to emotions, we are talking of a state of consciousness that comes more from the heart than the head, which is closely aligned with the body.​

Emotions are feelings that lead to action. They demand physical expression. While you never physically see them, you can easily perceive their impact on our body language. The way we talk. The way we walk.​

Emotions may essentially be looked at as our impulse, as a baby, to either move toward, or shrink away from an object or person, to express fear or desire, as the case may be.

As we grow up, this polarity may be seen more in terms of love or hatred. Perhaps it is easiest to look at our survival reflex in the jungle of Fight or Flight.​

If a ravished, wild lion comes our way, it may come down to kill, or be killed. Primates need sticks to fight. Flight comes natural, and some of us are good at running up trees.

Key to our emotional happiness is to focus, as much as possible, on our positive emotions and altogether eliminate our negative emotions.

On a high level, our emotions come down to either Love or Fear.​

Napoleon Hill, in his classic guide to prosperity consciousness, Think and Grow Rich, broke them down in two categories:

1. The emotion of DESIRE​

2. The emotion of FAITH

3. The emotion of LOVE

4. The emotion of SEX

5. The emotion of ENTHUSIASM

6. The emotion of ROMANCE

2. The emotion of JEALOUSY

3. The emotion of HATRED

4. The emotion of REVENGE

5. The emotion of GREED

6. The emotion of SUPERSTITION

7. The emotion of ANGER​

Of course, there are infinitely more emotions than these, such as joy, ecstasy, amusement, playfulness, caprice and wistfulness, but these were spotlighted for their ability to either facilitate, or interfere with, our ability to be highly productive and amass a fortune.

Napoleon Hill believed that we simply needed to switch our thoughts from fear to faith to move forward.​

He keyed in very well with the New Thought Movement, where our thoughts shape our reality and where humanity is master of its thoughts. As for our challenges in doing this successfully from day to day, he would advise to exercise your will and build a powerful habit of positive thinking.​

Being human virtually guarantees that we will encounter situations where we have mixed feelings.

Our mixed emotions might have to do with a woman marrying a particular man she has been dating. It might be to interview a particular company known for lucrative pay, but whose culture may not be compatible with our own style.

It could be for a Presidential candidate who is saying many of the right things, but we can’t quite trust.

If we could be 100% certain about everyone and everything, then we would never have mixed emotions, but this is rarely the case.

It may be a lot more dating before the woman has confidence this particular man is right for her. It may take interviewing employees of the attractive company for information on what it is like to work there day by day.

It might require investigating what the Presidential candidate has done in her past, or is actually doing in her campaign, as well as carefully reviewing what others say about her, before freely giving your vote to her, in preference to another candidate.​

Mixed emotions can actually be a good thing, cautioning us to slow down, avoid making hasty decisions and gathering more information.​

In this case, our head, our heart and our gut need to talk with each other.

When we have to move fast, it is usually best to go with our gut. This is true for many executives in crisis situations where the lives of others depend upon them. They have to act NOW and trust their inner mechanism.

A number of key emotions have to do with our perception of ourselves, in relationship to others, such as pride, shame or guilt.

The focus of our thoughts is on us, in contrast to the others, how we measure up to them. These can be shallow, or deep? How do I look to eligible bachelors in a college party or a social cocktail? Or, “How could I have hurt her so badly. What a rotten man I am!”​

One transformational seminar leader once asked his students to write down on a piece of paper, “What have I done to…?”.

He pointed out that the very phrase “done to” will evoke situations where you have hurt other people, either intentionally or unintentionally. By communicating to those people and taking responsibility for the damage, you clean up your life.​

You should be on the alert for self-conscious emotions. As they say, “Pride goes before a fall.”

Also, powerful feelings of guilt or shame, whether you are from the West or the East, can eat you up. The real reason the Roman Catholic Church used to require confession by its adherents. Not to appease God or to exploit them, but to heal the parish members from the corrosive effect of these emotions.

The most critical category of emotions is those that we repress, such as hatred, an emotion we can’t even bring ourselves to acknowledge within ourselves.

For examples, a wife can’t “hate” her husband, a mother can’t “hate” her son. In our society, such feelings are a disgrace. Yet they are often there, nonetheless. It takes a whole lot of courage to own up to them.

If it weren’t for repressed emotions, psychiatrists and therapists might have to go look for another job. However, we all have repressed our feelings to one degree or another.​

Often, they are associated with something that happened to us in our early childhood, such as an act of incest. Left unexamined, these emotions can severely limit our ability to love, such as a man or woman having a hard time responding to sexual intimacy.

The key is to open up and communicate. In many cases, it may take a transformational workshop or group therapy. You need a supportive social environment where it is OK to talk about your secrets without fearing censure or reprisal.​

If you go through the work this requires, you can unleash a burst of energy that will make you feel years younger.​

Controlling Emotions Before They Control You

We have discussed several different categories of emotion: Positive or negative, mixed, self-conscious and repressed. Each offers an important dimension to the myriad feelings that come and go throughout our lives.

We have learned that they can have total command value over our actions if we are unconscious about them. This is especially true of negative and repressed emotions, such as fear and anger. Uncontrolled fear and anger can have us literally running down the street or savagely attacking another human being.

Through meditation and prayer, we can gain perspective on our deepest feelings and start to take responsibility for them. I am afraid. I feel angry. But it doesn’t have to mean anything.

No one ever really CAUSES your emotions. Your emotions occur within you.

The best way to control your emotions, especially your negative ones, is to, not only open up, but also to responsibly communicate them to others. For examples, a wife needn’t call her husband a pig whenever he leaves his clothes on the floor. She can confide to him, “When you leave your clothes strew all over the bedroom, I feel like you don’t really care about me. When you put them in the hamper, I feel you truly love and respect me.”​

When we learn to value and respect our different emotions, for the good, as well as the bad, we feel freer to communicate them to the people who matter in our lives. When we do, we may be delightfully surprised to find that love awaits us.​

When you’ve said all the bad things,

and all the good things,

you haven’t been saying,

you will find that what you’ve really been withholding is,

One conscious owl to another... sharing what we learned over the years, and from many wise owls before us.

How to Forgive Yourself for Blowing It

Stop Pretending to Be a Victim

Beyond Positive Thinking: Presencing the Divine

Life is All a Metaphor!

Hawaii Is a State of Well-Being